This is a game to demonstrate Testing small and Testing often is more affective. Take any building blocks. I used Jenga wooden blocks.

I chose 36 Jenga blocks and numbered them from 1 – 36. I asked one person who is pretending to be a Developer to build a structure with the blocks: 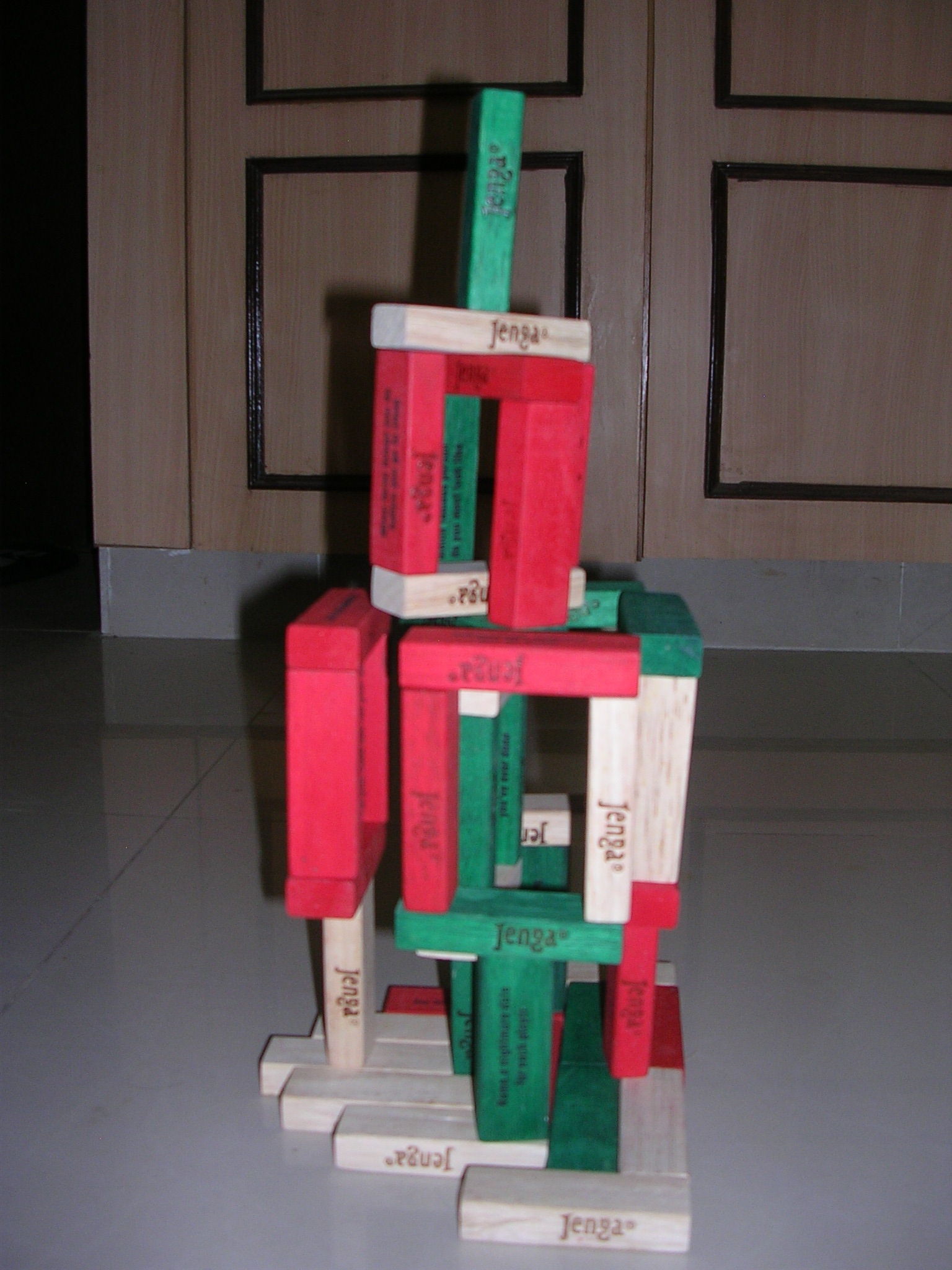 I asked upon another person who is pretending to be tester. I gave four random numbers between 1 and 36 and told her they are problem blocks. We are going to play three rounds:

What did we learn:

Tester and developer when worked together, delivers high quality software with less rework. The first case depicts water fall where testing happens after the software is built. If the bugs found are more fundamental (like blocks in the first level), the project will be delayed more.

In the second case, feedback is faster. Developer could correct the code early and there is less risk than the option 1.

In the third case, it is the most agile way and the tester is helping developer avoiding putting the bugs in. It may not be possible to reach this in software development. Getting as close as possible to this level of agility is what an agile team should try for.